After over 70 years in the entertainment industry, Cicely Tyson, 95, has been recognized for her hard work by receiving a Peabody Career Achievement Award. Well-known for her roles in Diary Of A Mad Black Woman, The Help, and The Autobiography of Miss Jane Pittman, Tyson has established herself has a prominent figure in the world of TV/Film.

“She was a seminal figure of her time, and ahead of her time,” said Jeffrey P. Jones, the executive director of Peabody….” [Her] uncompromising commitment to using her craft to address the big issues of her time—gender equality, racial and social justice, equity and inclusion—places her in rare company.”

Tyson’s big break came from her role in the film Sounder (1972). It led to the 95-year-old actress being nominated for an Academy Award and a Golden Globe for her performance as Rebecca Morgan. Since then, Tyson’s career as an actress has consisted of over 94 films and TV shows, three Primetime Emmy Awards, one Tony Award, an honorary Academy Award, and now a Peabody Award.

As part of the award ceremony, several actresses that were/are inspired by Tyson’s work, including Oprah Winfrey and Viola Davis, honored her in a video tribute. She was thanked for creating a lane for black women that wasn’t always there for them in the entertainment industry.

“Cicely Tyson, throughout your incomparable career, you’ve chosen to bring to life women of hope, determination, grit, and grace because that is who you are,” Oprah Winfrey said. “Your integrity is impeccable.”

“So, I thank you for not just paving the way for me and every other black woman who dared to have a career in entertainment but being the way.”

Viola Davis, who worked with Tyson on the TV series Scandal and How To Get Away With Murder, also spoke about how Tyson has influenced her career.

In 2013, Tyson received her first Tony Award for her role as Carrie Watts in the play The Trip to Bountiful. Five years later, the incomparable actress would go on to receive an Honorary Oscar for her amazing works, making her the first black woman in history to achieve such honor.

“I don’t know that I would cherish a better gift,” Tyson said during her acceptance speech. “This is the culmination of all those years of haves and have not.”

On Wednesday (June 10), the Peabody 30, including Institutional Winners, will be announced. 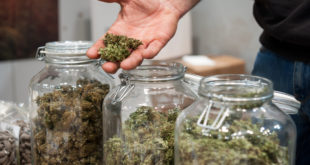 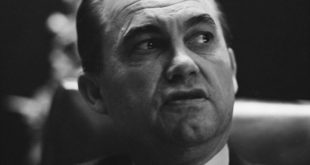 University of Alabama At Birmingham Votes To Change The Name Of Building Named After Segregationist George C. Wallace 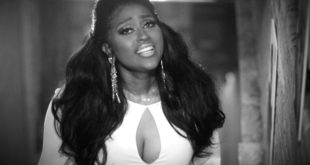