A Turkish car salesman has been accused of spiking his boss’s drink with COVID-19 saliva to steal money from the company.

The plot to poison his boss kicked off when Ramazan Cimen, a three-year employee at a car dealership in Adana, was accused of stealing about $30,000 from the company. Cimen told his employer, Ibrahim Unverdi, that he gave the stolen funds to a loan shark.

Unverdi initially gave Cimen the sales proceeds to take to the office. Before he left, Cimen poured COVID-tainted saliva that he’d previously purchased into his boss’s drink before running off with the cash. Another employee alerted Unverdi of the COVID concoction before he had a chance to digest it.

“This is the first time I have heard of such a bizarre killing technique. Thank God I did not become sick. God is always with the good,” Unverdi said. The man also revealed to prosecutors that his former employee began threatening him once he came forward about the incident.

“I could not kill you with the virus. I will shot you in the head next time,” Cimen allegedly wrote in a text message to Unverdi after the failed poison attempt.

Unverdi says that a gunshot would have been more humane than attempting to infect him with the virus, which could have spread to his loved ones.

“I would rather he did kill me rather than trying to infect me with the virus. My mother and father have a chronic illness. If he infected me with COVID-19, I could have in turn infected my family and those around me,” Unverdi said before adding, “At least if he shot me in the head, I would be the only one to die. No need to be so evil.”

Police are now searching for Cimen on attempted murder and threatening behavior charges. 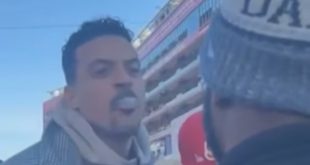 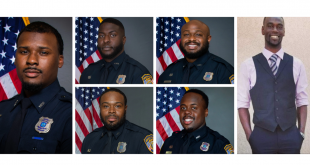 Black Lives Matter Speaks Out After Bodycam Footage Of Tyre Nichols’ Murder Was Released, “All Police Represent the Interest Of Capitalism” 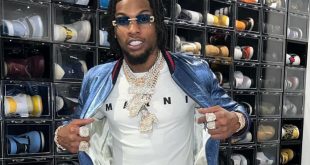