The Navy SEALs have launched an investigation after videos surfaced showing a man wearing a Colin Kaepernick jersey getting mauled by K-9 dogs as part of a demonstration for kneeling during the national anthem.

The video was originally posted in January 2019 and taken during a fundraiser at The National Navy SEAL Museum in Florida but went viral this weekend.

One of the videos, which has since been deleted, was captioned, ‘Colin Kaepernick stand-in Josh gets attacked by 5 Navy SEAL dogs for not standing during the National Anthem at a Navy SEAL Museum fundraiser.’

In another video, after “Navy SEALs and Navy SEAL dogs take down Colin Kaepernick for not standing during National Anthem,” he moans something like, "Oh man, I will stand” #BecauseFlorida https://t.co/uZ3ervZguB pic.twitter.com/6vi1uCGIt5

The SEALs released a statement after the video went viral.

“We became aware today of a video of a Navy SEAL Museum event posted last year with a military working dog demonstration,” the statement reads. “In the demonstration, the target is wearing a Colin Kaepernick jersey. The inherent message of this video is completely inconsistent with the values and ethos of Naval Special Warfare and the U.S. Navy.

“We are investigating the matter fully, and initial indications are that there were no active-duty Navy personnel or equipment involved with this independent organization’s event.”

In one of the videos, the man wearing the jersey on top of pads says, “Oh man, I will stand,” as the crowd laughs.

He was referencing Kaepernick kneeling during the national anthem to protest police brutality against Black people, which sparked controversy and essentially ended his career in the NFL. 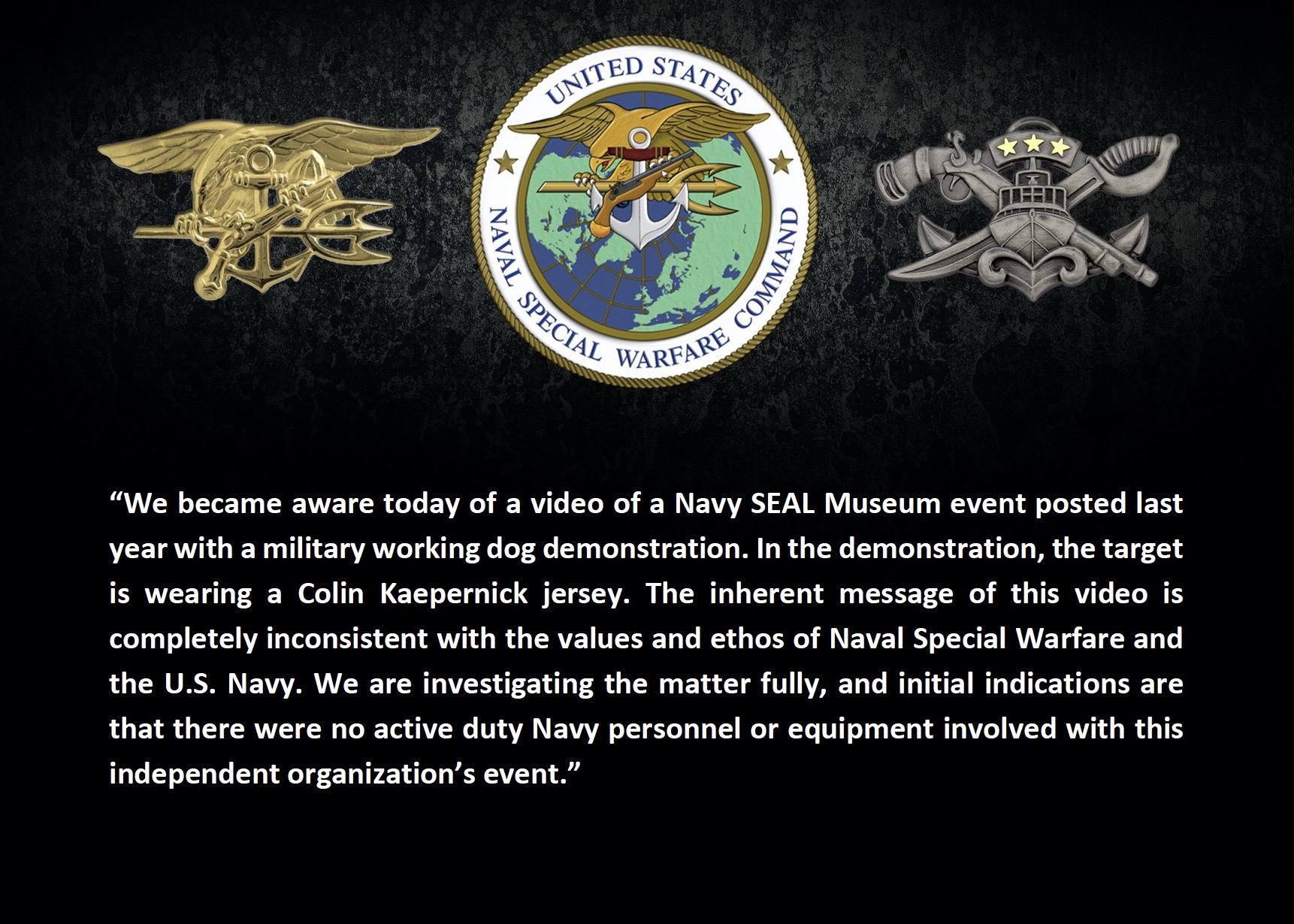